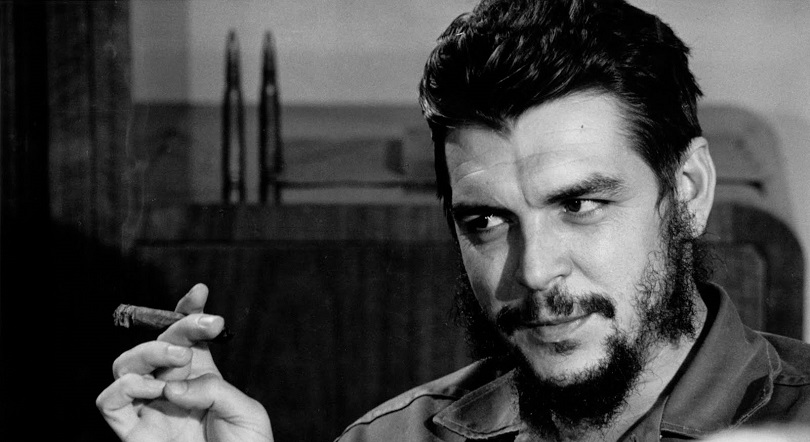 «Young Che: Memories of Che Guevara by His Father»

“I would like the reader to have an idea of who Ernesto Guevara de la Serna was as a person – in his childhood, his teens and his youth – within our extended family. I would also like to bring him to life within his milieu, surrounded by his parents, his brothers and sisters and his friends.”

Young Che, Memories of Che Guevara by His Father by Ernesto Guevara Lynch

There was a time when Che Guevara was more than just a familiar face on a t-shirt. It seems to be the ultimate irony that Che’s revolutionary legacy has been recouped by capitalism, and now he’s a popular fashion icon. This is the perfect example of the Situationist argument that even the most radical gesture (or in this case person) is «recuperated» by mainstream society into an image that is commodified until the subversive message becomes simply meaningless. And this explains why Che’s image has proliferated across the globe, but at the same time, his message—and just who Che Guevara was—has become distilled to the point of absurdity.

The world’s love affair with Che Guevara seems to be growing. The 2003 film The Motorcycle Diaries —a romanticized account of Che’s trip across South America probably helped contribute to this surge in interest, and for this reason it’s both timely and appropriate that Vintage Books recently published Young Che: Memories of Che Guevara By His Father, created from two books both written by Che’s father, Ernesto Guevara Lynch: My Son Che and Here Goes a Soldier of the Americas . If you want to discover what Che was about, then this book is a great place to start. As the introduction notes, biographies on Che draw heavily on these early primary source accounts of Che’s life.

This non-fiction book begins, appropriately so, with Che Guevara and Fidel Castro’s invasion of Cuba. Che’s parents were in Buenos Aires at the time and news of Che’s fate only came through scattered, and frequently wildly inaccurate newspaper accounts. As the family waited for news, they read of Che’s death multiple times, but, of course, Che was not killed in Cuba, and these accounts were often propaganda devices to dishearten Cuban rebels. As Che’s family waited for news about their son, they endured a gamut of emotions—from despair to hope, and the author describes how they came to accept Che as an individual committed to revolution and not to the medical career they had initially hoped he would embrace.

Complete with biographical notes, and a chronology, the book draws heavily on Che’s diaries (including diaries discovered purely by chance of a bicycle trip through Argentina in 1950), and letters, while his father adds his poignant memories. He comments with remarkable humility the need to balance his love for his son, and a wish for him to remain safe against the sometimes-unwelcome knowledge that forces larger than ambition and a desire for personal safety are driving Che away from home and his loved ones. Above all, to the author, Che was “ too large for us to imagine that he was ours only.”

Throughout the book, there’s the sense that in many ways Che’s father is looking for signposts to explain his son’s single-minded, uncompromising revolutionary worldview, and his father’s quest becomes the reader’s quest too when chapters explores Che’s ancestry and early childhood. The combined materials create an almost breathtaking sense of the person Che Guevara was: “all his dominant qualities—the qualities that spurred him into political activism and helped him inspire such devotion—stand out vividly here; His idealism, sharp observation and spontaneous empathy; his love of archeology, his curiosity and constant desire for adventure.” But beyond this, the book underscores Che’s restless spirit—a spirit that was extinguished when he was brutally murdered in Bolivia in 1967.