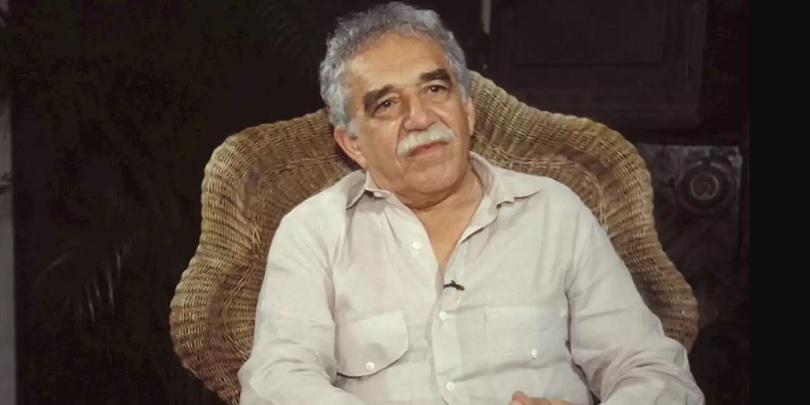 Latin-American journalist, novelist and short story writer, a central figure in the so-called Magic Realism movement. The term was first used in the 1920s Germany to describe some contemporary painters, whose works expressed surrealistic visions. In the late 1940s Cuban novelist Alejo Carpentier started to speak of «lo real maravilloso» (marvelous reality). Carpentier recognized the tendency of Latin-American writers to combine fantasy elements and mythology with otherwise realistic fiction. However, García Márquez has considered himself fundamentally a realist, who writes about Colombian and Latin American reality exactly as he has observed it.

«There is a short but telling portrait of the novelist Gabriel García Márquez, who every morning reads a couple of pages of a dictionary (any dictionary except the pompous Diccionario de la Real Academia Española) – a habit our author compares to that of Stendhal, who perused the Napoleonic Code so as to learn to write in a terse and exact style.» (from A History of Reading by Alberto Manguel, 1996)

Gabriel García Márquez was born in Aracataca, in the «banana zone» of Colombia. His parents left him to be reared by his grandparents. His grandfather, Colonel Nicolás Márquez, admired greatly Simón Bolivar. Later García Marquez returned to the hero of South American independence in EL GENERAL EN SU LABERINTO (1989), which traced Simón Bolívar’s final journey down the Magdalena river. From his grandmother he learned the oral tradition.

García Márquez studied law and journalism at the National University in Bogóta and at the University of Cartagena. While a law student in Bogota, he dressed like the celebrated singer and actor Carlos Gardel and frequented brothels. Once he was beaten when he failed to pay for the services. His first story, ‘The Third Resignation’, appeared in 1947. Next year he started his career as a journalist. For the next 10 years he worked in different towns in Latin America and Europe. One of his most famous reportages was an account of a young sailor, Luis Alejandro Velasco, who was swept off the Columbian destroyer Caldas into the Caribbean Sea. García Márquez was an European correspond in Rome and Paris for the newspaper El Espectador in 1955, but lost his post when the newspaper was closed down by the dictator Rojas Pinilla. He was founder of Prensa Latina, a Cuban press agency, and worked in Prensa Latina office in Havanna and New York. In 1958 he married Mercedes Barcha Pardo; they had two children.

In the 1960s García Márquez continued his career in Mexico City, his primary residence ever since, as a screenwriter, journalist, and publicist. He moved in the 1970s for some years to Barcelona and returned to Mexico in the later 1970s. In 1979 he founded Fundación Habeas, he also was a founder of a film school near Havanna. In 1982 García Márquez went to Colombia.

García Márquez published his first short stories in the 1940s. In 1955 appeared the novella LA HOJARASCA (Leaf Storm), which introduced to the public the fictional Colombian village of Macondo, an equivalent of William Faulkner’s Yoknapatawpha. Since then it has been the setting in many of his later books. Márquez’s early works, starting from Leaf Storm, went unnoticed by scholars and critics, despite their literary merits. From Alejo Carpentier Márquez learned to work with concurrent historical epochs and gradually influences from Faulkner gave way to his more objective manner of depiction, partly derived from his experiences in journalism. Among other important writers, who have influenced García Márquez, are Kafka, Virginia Woolf, and Juan Rulfo.

In the short story ‘Death Constant Beyond Love’ (1970) Márquez sharply observed politics, poverty, and corruption. The protagonist, Senator Onésimo Sánches, is no hero – his electoral campaing is a circus, he takes bribes and helps the local property owners to avoid reform. «His measured, deep voice had the quality of calm water, but the speech that had been memorized and ground out so many times had not occurred to him in the nature of telling the truth, but, rather, as the opposite of a fatalistic pronouncement by Marcus Aurelius in the fourth book of his Meditations.» (in Innocent Erendira and Other Stories, 1972). But Stoic understanding of the emptiness of his career doesn’t help the senator, and he dies weeping with rage, without the love of Laura Farina, a village girl.

In 1982 García Márquez was awarded the Nobel Prize for Literature. His best known book is CIEN ANOS DE SOLEDAD (1967, One Hundred Years of Solitude), first published by Editorial Sudamericana in Buenos Aires. It is the history of Macondo, depicted on a epic level, from its mythic foundation to its final disappearance. Combining the world of the bourgeois family chronicle and Latin American history it explores the limits of narrative fiction, wihout the sterility of the French nouveau roman. One Hundred Years of Solitude become one of the most popular works of Magic Realism. Ursula K. Le Guin said in an interview with Amazon.com: «That idea of «realism is literature and every other form of fiction is not literature» didn’t get really badly shaken until the magical realists popped up in South America. When you’ve got García Márquez around, you just can’t go on that way.»

García Márquez has once said, that he tries to tap «the magic in commonplace events.» As fantastic as the events seem in the novel, they have much real basis, among them the massacre of hundreds of workers, which occurred after the banana workers struck against the United Fruit Company in 1928. Later García Márquez has revealed that some of his relatives had been on the side of the Americans and blamed the strikers for «sabotaging property». The lost historical consciousness of the villagers is exemplified in the chapter, in which the insomnia epidemic threatens to wipe out all layers of identity and culture. «It was foreseen that the city of mirrors (or mirages) would be wiped out by the wind and exiled from the memory of men at the precise moment when Aureliano Babilonia would finish deciphering the parchments, and that everything written on them was unrepeatable since time immemorial and forevermore, because races condemned to one hundred years of solitude did not have a second opportunity on earth.»

Márquez’s other major novels and novellas include EL OTOÑO DEL PATRIARCA (1977), an analysis of dictatorship on mythical and historical level. In the story a false death of the patriarch is followed by a second, apparently real, which leads to a new struggle of power. CRÓNICA DE UNA MUERTE ANUNCIADA (1981) recounted the murder of a man for allegedly violating the law of honour. Against these dramatic events Márquez sets a small town where everyday life continues in spite everyone knows a murder will happen. DEL AMOR Y OTROS DEMONIOS (1995, Love and Other Demons) was a historical novel set in the 18th century Colombia. Although One Hundred years of Solitude is among the most famous modern classics in the world, many consider Love in the Time of Cholera his most enduring book. In 1999 the author was hospitalized and diagnosed with lymphatic cancer. VIVIR PARA CONTARLA, the first part of García Marquez’s memoirs, was published in 2002. It spans the life of the author from his birth to the 1950s. After a long hiatus as a novelist, Márquez published MEMORIA DE MIS PUTAS TRISTES (2004), which was immediately translated into 18 languages. The narrator is a ninety-year-old man, who wants to have sex with a 14-year-old virgin. It is the gift he wants to give himself. Marquez’s story of an old man and a young girl – a classical subject which goes back to the Book of the Kings and king David among others – stirred some controversy in Columbia.