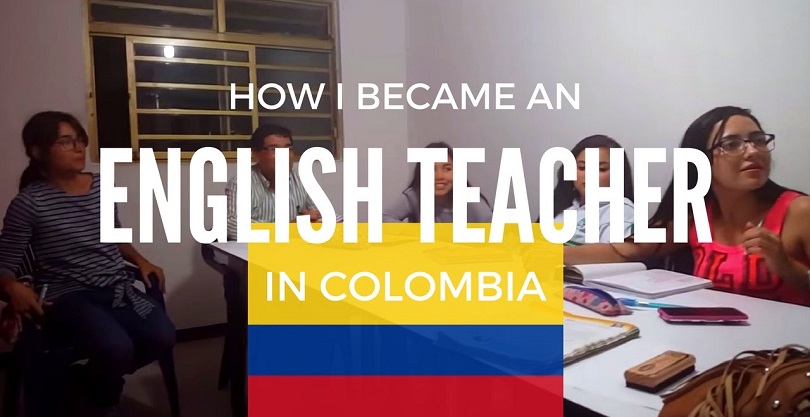 Almost half of Colombia’s  English teachers do not know how to speak the language, revealed a study conducted by the Ministry of Education .

«From eleven thousand teachers we evaluated, about five thousand didn’t know how to speak English and six thousand had basic knowledge of how to do it.» Education Minister Cecilia Maria Velez White told Caracol Radio.

English classes in Colombia: a failure

The minister acknowledged the seriousness of the level of  English teachers, but stated that this is the general situation in Latin America.

The Minister of Education of Colombia, Mrs Cecilia María Vélez White, declared that the evaluation to teachers of English of the Colombian schools has proven their lack of preparation: “From eleven thousand  teachers we evaluated, about five thousand didn’t know how to speak English and  six thousand had basic knowledge of how to do it «, said the Ministry.

Programs to improve the knowledge of English in Colombia have been established since 2006 to prepare students for a future of best opportunities. The Ministry of Education designed strategies like the adoption of international references as well as the development of language standards. The optimistic works of planning gathered around the creation of a curriculum, evaluation and certifications to schools and universities.

However, the evaluation conducted this year to English teachers , shows the failure of these  plans. Ministry Vélez White concluded that this is not only in Colombia, but also in most Latin American countries.

In countries like Colombia where English language has not been appreciated  as necessary, any person with an educational diploma can apply to be teacher of English without demonstrating he can speak the language.  Even if they do not have a good idea of pronunciation and zero level of exposure to native English speakers,  most of them just follow lessons on the books. It is like whether in the United States any person would teach Spanish without neither knowing the language nor following the manuals.

Ministry Vélez White  also invited people who teach English in  public education institutions , to join a new program to improve the knowledge in that language. Big problems ask for big solutions. The Colombian society must understand  English as an international language  and  necessary for a developing country as  Colombia.

English classes should be done in different ways and not as a simple lesson to fill out scores. Pronunciation, for example, is considered by  the experts  as the key componente in the learning process  of a second language.  Because of this, students should be listening  native speakers only; otherwise, a confusing like-English sound would come out from our young Colombians when they meet real English speakers.